This picture is from the archives. It  was made in 2013 at Kings Head, Waitpinga, just below Kings Beach Retreats.  We were still living in Adelaide's CBD at the time,  and coming down to Encounter Bay every second weekend.

This  photo session incorporated  a poodlewalk to Kings Head  from the car park at Kings Head Rd   and back again. This walk  is part  of the Heysen Trail  to Waitpinga Beach in the Newland Heads Conservation Park,  and then to the Trail's starting point at  Cape Jervis. 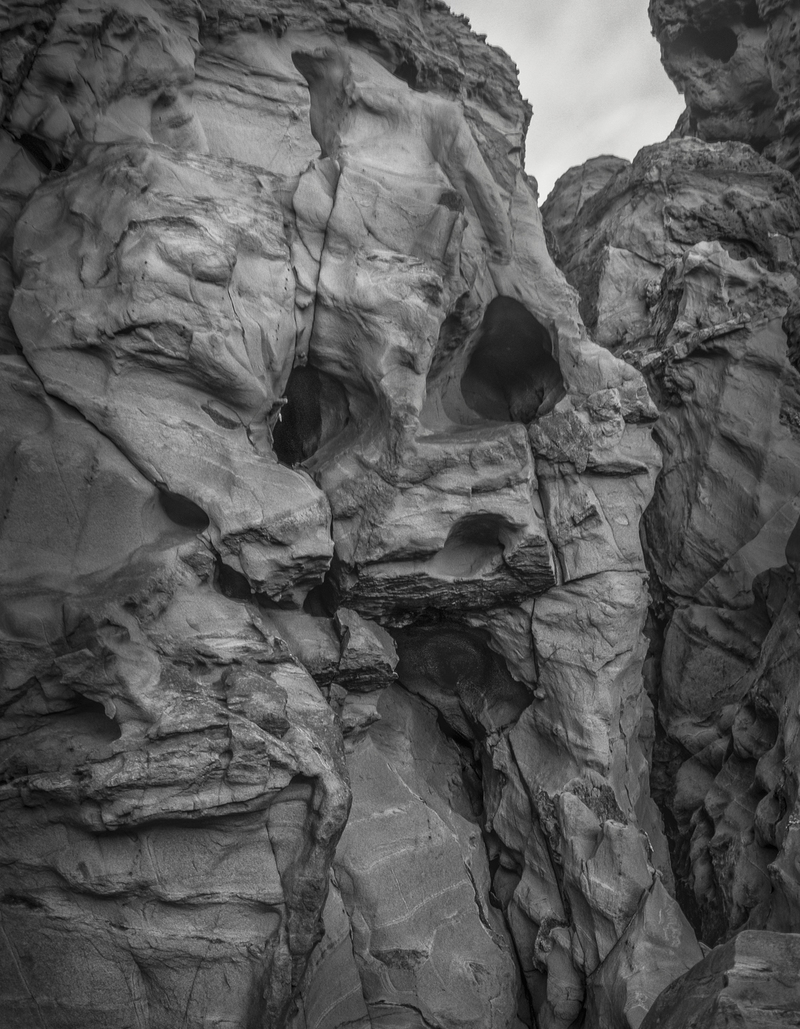 I remembered this image when I uploaded  this digital version, which was made 5 years latter as a scoping study. The above  picture  is a 5x4 scanned colour file  that has been converted into black and white. So I had already made the 5x4 picture (along with several medium format versions made in the same year) that I was scoping for in January 2018.  My memory was that the previous 5x4 attempt hadn't been successful--people said they didn't think much of the image -- so I felt that I needed to  have another go.    Hence the  digital scoping.

Abstraction was the way that I first approached photographing the southern coast of the Fleurieu Peninsula. It was a link back to the late modernist past in Australian photography. This particular abstraction  didn't make the Abstraction Photography book  that I made  in 2017;  nor was it included  in the exhibitions associated with the  making of that book. Consequently, the picture has sat on the hard drive of my old (cheese grater) Mac Pro along with the medium format colour versions, such as this one: 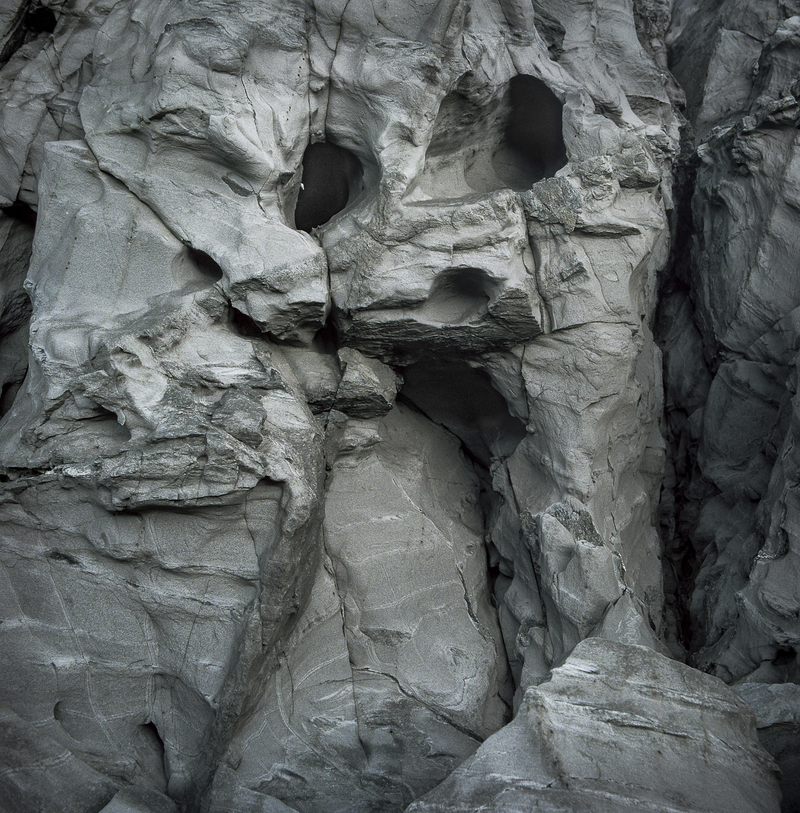 These files have sat untouched on the Mac Pro's hard drive because I am unable  to conceptualise the Fleurieuscapes book. The idea or concept behind this project continually eludes me. This is the latest attempt --break it down into sections that are based on different subject matter. So the photos of granite --abstracts and non-abstracts---would be one kind of subject.