The dominant landscape aesthetic in Australia has been  the picturesque. Traditionally,  in Australia,  this views the earth as raw material  of a novel landscape for asethetic appreciation  of English  colonialist.

According to William Gilpin in Three Essays: On Picturesque Beauty; On Pictureque Travel; and On the Art of Sketching Landscapes the picturesque is situated between the beautiful and the sublime.  Its codes specify that the one centre of interest in the picture should be in the middle ground; the foreground occupies a subsidiary function that introduces the leading subject; a clear planar division to establish the illusion of depth; a variety of contrast rather than smoothness; and a point of view that allows the framing of a limited scene rather than an endless expanse. 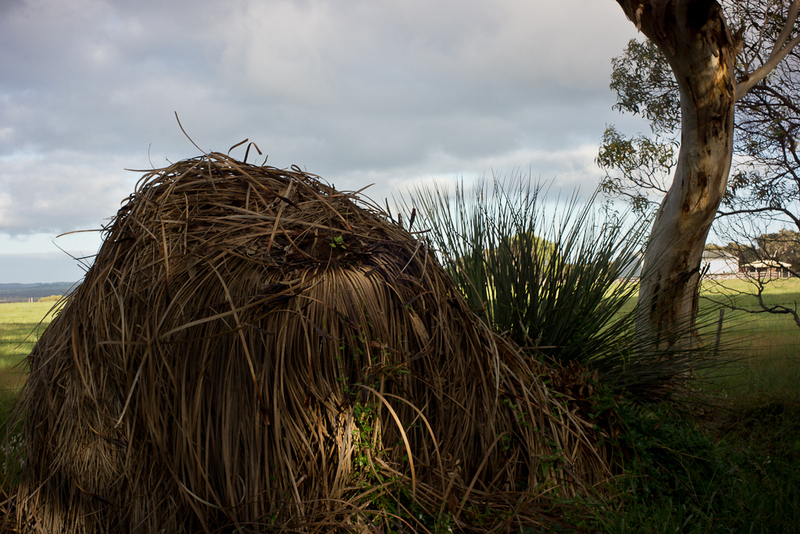 If nature exists primarily for the pleasure of the viewer, then the picturesque in Australia was a way of according the  land an aesthetic value that is also imbricated with the  land's economic value. The colonising power adapted the picturesque with the profitable: the colonists  had in mind good pasture for sheep and  cattle and the suitable of the land  for occupation of a European power and its agriculture.

In the colonial picturesque in settler Australia the economic pressures of agruclture and aesthetic conventions are reconciled. It excluded any sign of the aboriginal population,  helped to perpetuate the fiction of terra nullius,  and helped to establish the divide between the barbarism of the Aborigines and the civilization of settler Australia.

In Native to Nation: Disciplining Landscapes and Bodies in Australia Allaine Cerwonka says that the production  of the  picturesque landscape was an important means by which political and social identity was constructed in white colonial Australia.