On Boxing Day 2020 Kayla and I went walking early as we had friends staying with us over Xmas. The  early morning poodlewalk  was along Bridge Terrace in Victor Harbor. We   slowly made our way to the mouth of the Hindmarsh River.  The ephemeral river had stopped flowing,  the light was good and people were already walking along, and exercising on,   the beach

I decided to take the odd  photo of some of the seaside houses along Bridge Terrace as we walked by them.   This older house in a grand style at no. 22 Bridge Terrace was for sale. 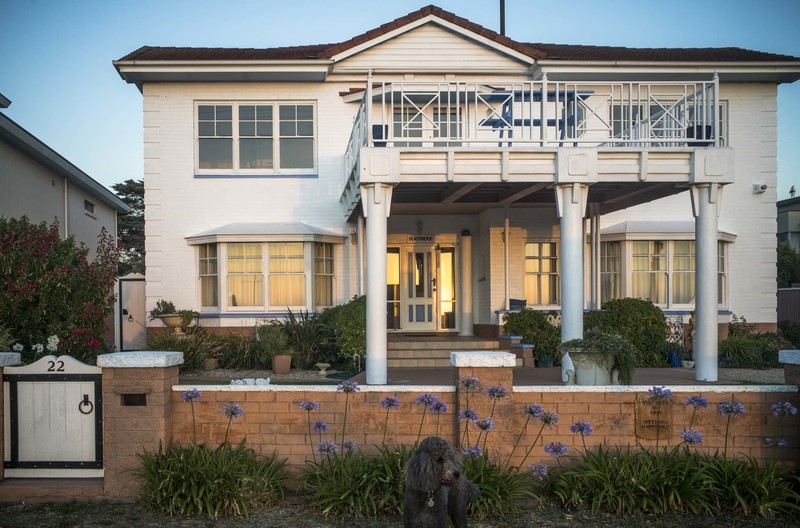 Would it remain after it was sold? Or would it be pulled down? I  hoped that it was heritage listed as there are very examples of this  old grand seaside architectural style.

The older seaside houses along the coast  are gradually  replaced by something more modern, either units, or ones similar to  this one below, which was  just down the road. 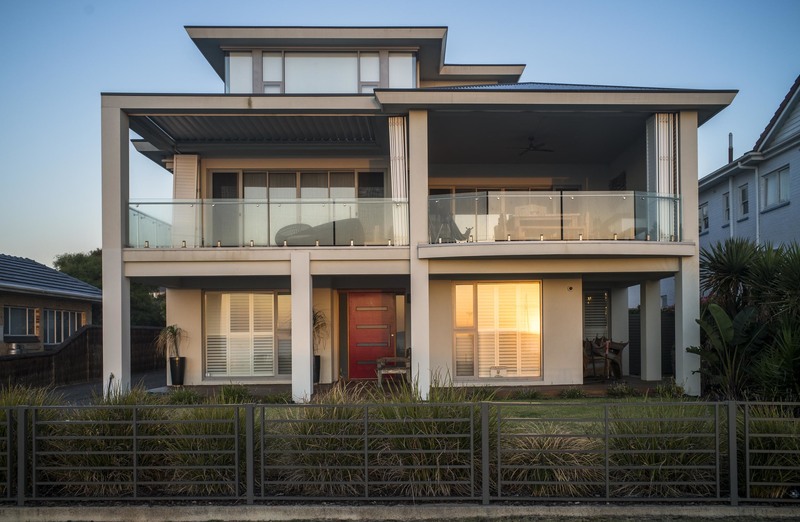 This is the new seaside architectural style: boxier, more glass, cubes piled on top of one another and more utilitarian.   It's a popular style along the coast.