During the transition from summer to autumn this year I started a  study of clouds from the top of Rosetta Head in the southern Fleurieu Peninsula.   I was building on these earlier photos. 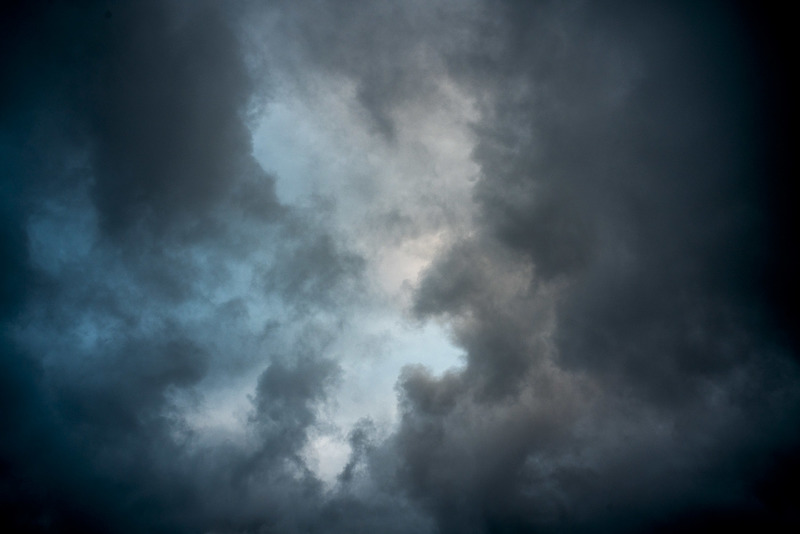 From Rosetta Head I was usually  looking east north east.

The clouds were above Encounter Bay,  and the photos were  made  in the early morning,  generally  before sunrise. The photo above  is an example.

The cloud formations  that move  across Encounter Bay  around Victor Harbor are often quite dramatic. 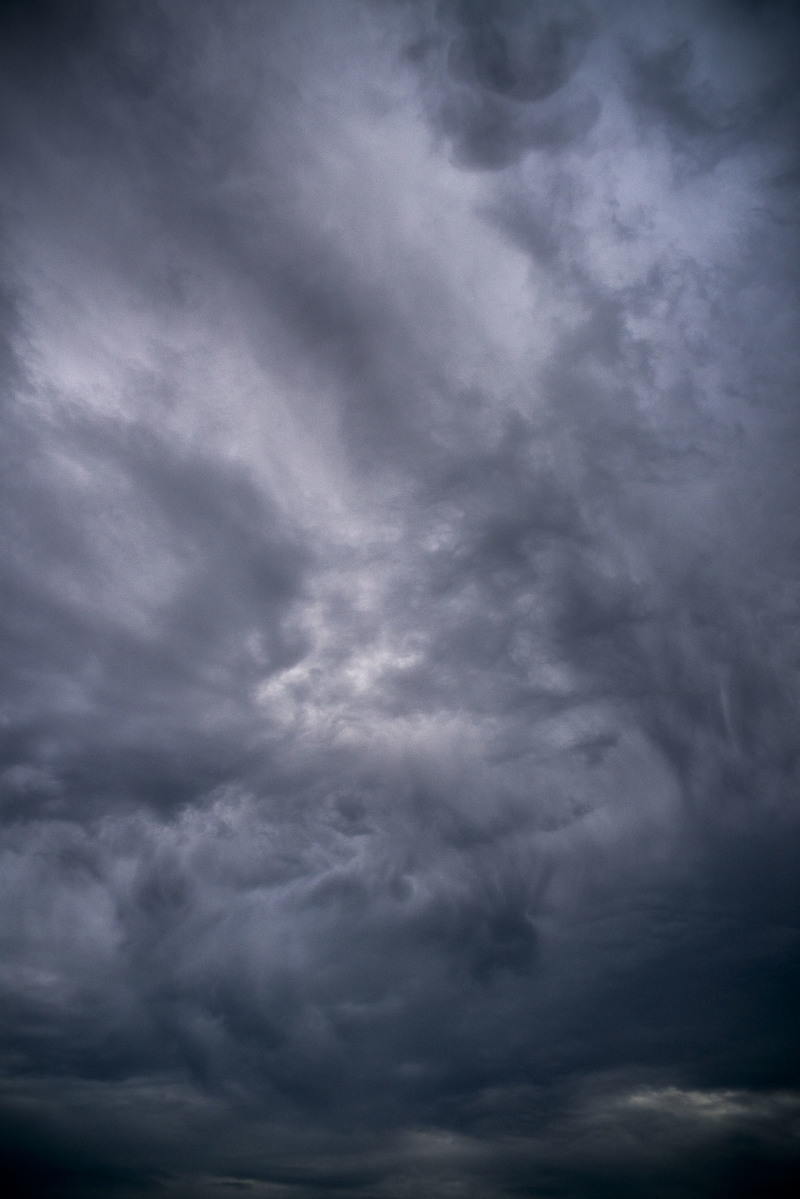 The photos  of the clouds are usually made  from on top of Rosetta Head in the early morning: 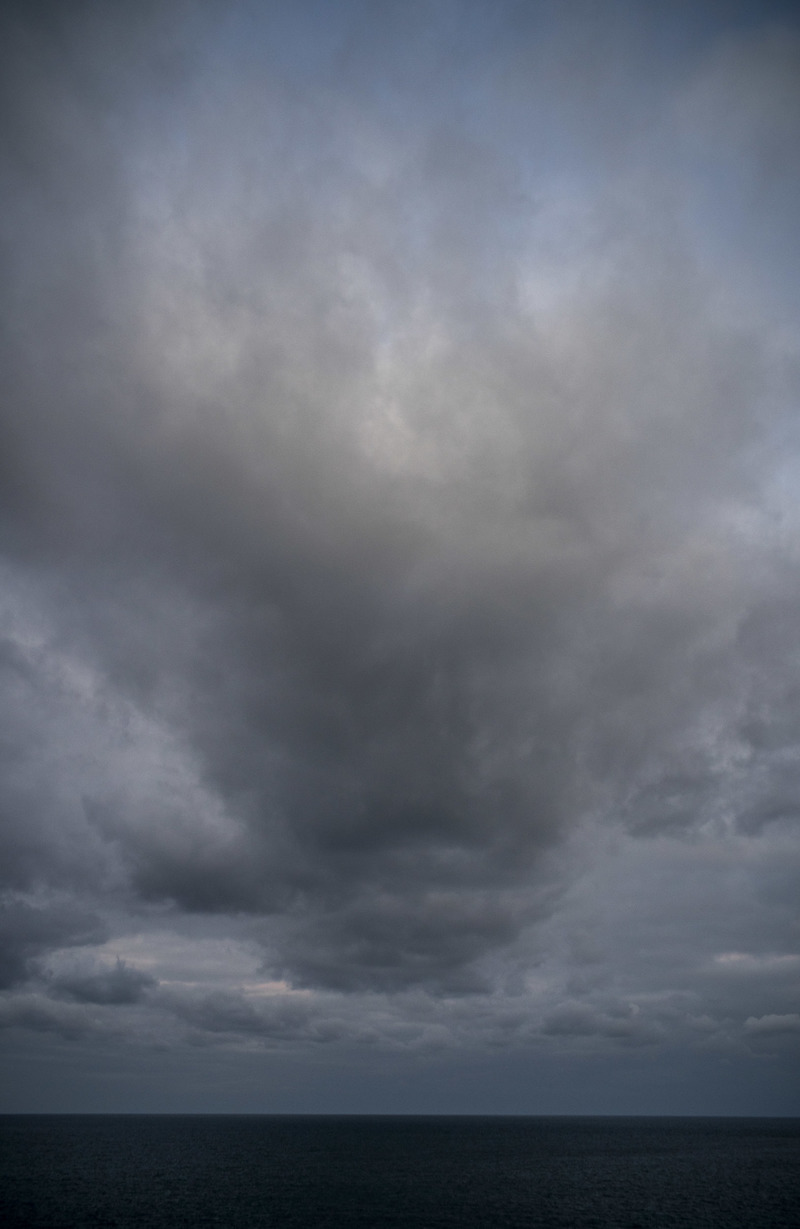 The  cloud shapes are constantly changing.

My first photographs during my early visits to the seaside town of Victor Harbor in South Australia were of the granite rocks that helped form the foreshore between  Rosetta Head and Kings Head. It was a favourite place to  walk with the dogs when I was holiday in on the coast and I started to  take the odd snap.

Eventually I  returned without the dogs  to take photos of the individual rocks that I'd seen whilst on the walks; more often than not I was  working with  slow film, a medium format camera,  tripod and longish exposures. I was operating with already formed picturesque images in my head from the local tourism advertisments of natural scenery.

I slowly shifted away from a moody romantic style of bird's eye views of the coastline  with dark foreboding  skies---the sublime--- to the detail of the coastalscape.   I became very aware of the light during the day,  and I gained a local knowledge of when was the best time to photograph that particular part of the coastline and in what season. 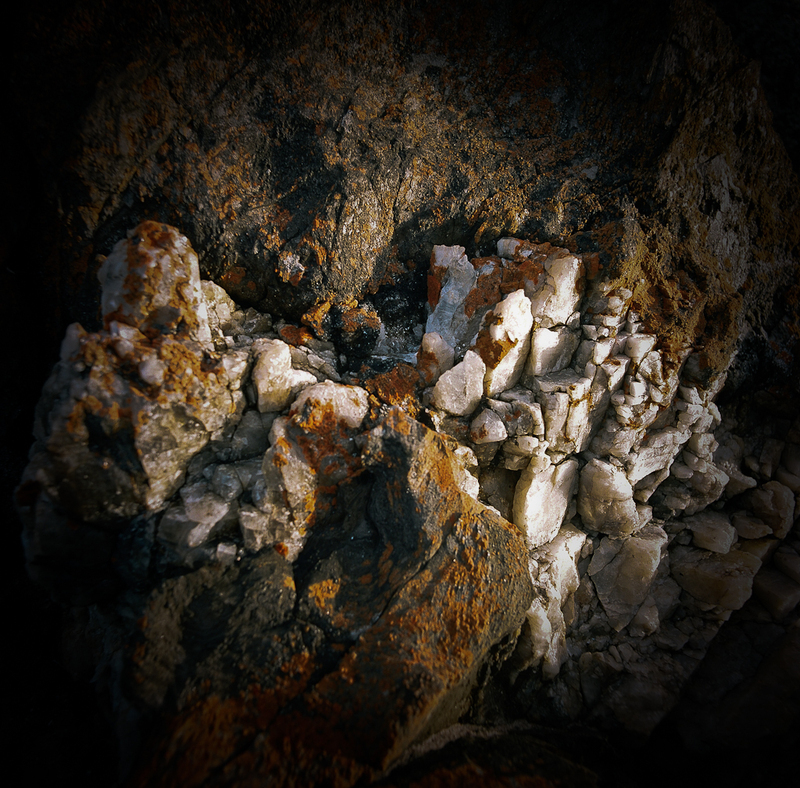 I wasn't thinking in terms of a philosophy of nature,  mythic landscapes, or the memories of past landscapes of my childhood in New Zealand. Nor did  the painters of the sublime in landscape --- JMW Turner, Albert Bierstadt, Caspar David Friedrich,   John Martin or Eugene Von Guérard --- have much impact.  I had no knowledge of the importance of Claude Lorraine's topographical representations of the natural wold  for landscape painting: namely, the way the landscape was organized along three planes: a background with undefined details; a darkened foreground and a strongly lit middle gound with a framing device (trees o frsides of mountainss) designed to draw the viewers attention to the highlighted middle distance.

Though I was aware of some of the work about  the Fleurieu Peninsula  done by the early South Australian modernist painters,  I pretty much photographed what was in front of me.  It was that basic and naive. I had no idea of  the eighteenth century's aesthetic categories of the beautiful and the sublime, or how the picturesque was a hybrid category that mediated the other two in order to represent those objects that were rough to be beautiful and too small to be terrifying.

It was the kitschy tourist postcards in the gift shops and news agents, which  resonated with my pre-formed image, that I was reacting to.  What eventuated was  a more classical modernist  photographic approach, as the photography became a training ground in terms of composition of the picture,  texture, tone,  lighting, colour and the overall design of the image. 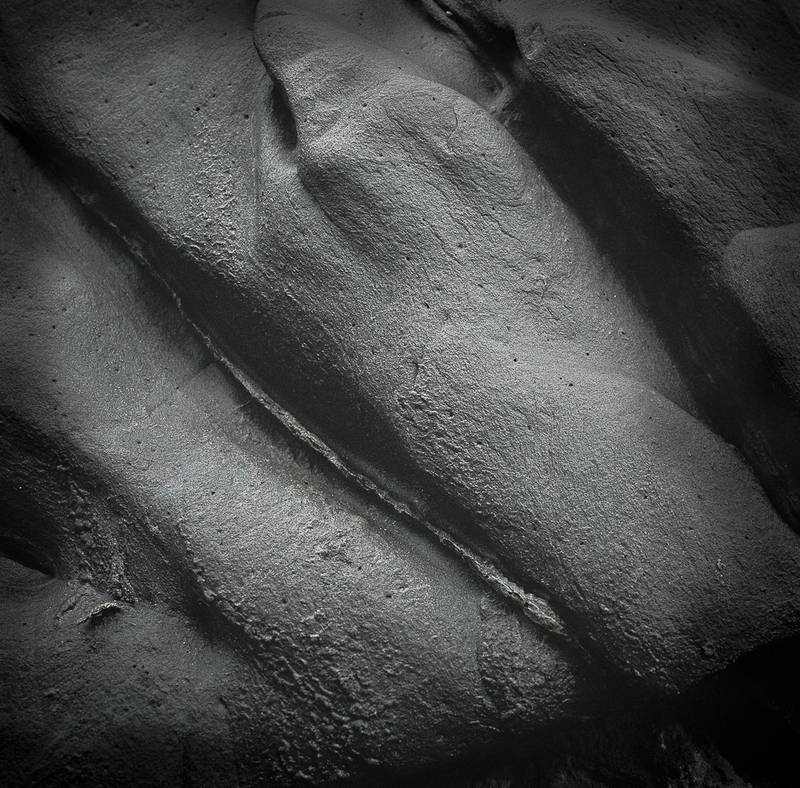 The Fleuieu Peninsula  has an interesting coastline and it's largely been  ignored, apart from the standard heavily saturated tourist images in the postcards, calenders  and the more popular photographic books about the Australian landscape.  This is the tourist aesthetic designed as guides for travellers,  with their  picturesque  conventions that shape the way tourists can appreciate the landscape and promise certain experiences of natural beauty.

The pictureque constructs the landscape as scenery: you stop off at certain points in your journey to admire the view  of the rugged contours of wild nature. This is done from a specific viewpoint that encourages the tourist to  take a photo according to  certain aesthetic critiera related to the proportioning middle distance, planar recession,  graduated light and dark areas. It is a reaction to the rigid geometery of the cities and urban settlement and provides a way to perveive visual qualities in nature. 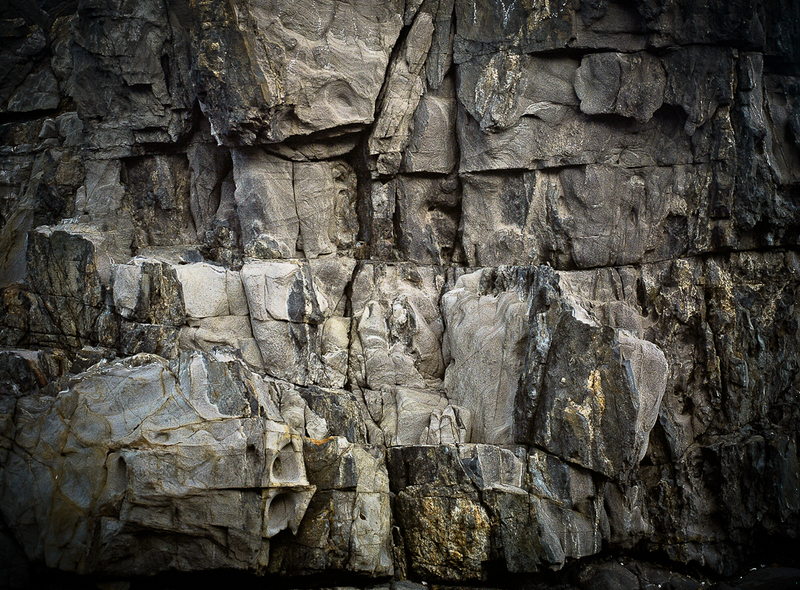 Australia didn't have those ruins of old castles and monasteries in the landscape that had been worn down by the weatherand overgrown by weeds  that featured so heavily in the eighteenth century European picturesque. Australia's twentieth century picturesque expressed nature's otherness to  the modern city, with  its freeways, supermarkets and airports,  with an off-freeway world being pictorally packaged as a spectacle for tourists. The actual landscape  is caught in a frame, fixed as a still, and made ready for the market as portable property.

The City of Victor Harbor, for instance,  packaged itself as a tourist town--as a living gallery of landscape pictures--and this packaging is a part of  our mass visual culture.  This place branding accepts a landscape that had been permanently  transformed by farming, railways  and roads and it highlights what is eye pleasing and spiritually fulfilling. The new pictureque  mapped what was considered to be painterly--a visual romanticism that functioned as a practical aethetic of beauty  for  tourists and photographers. 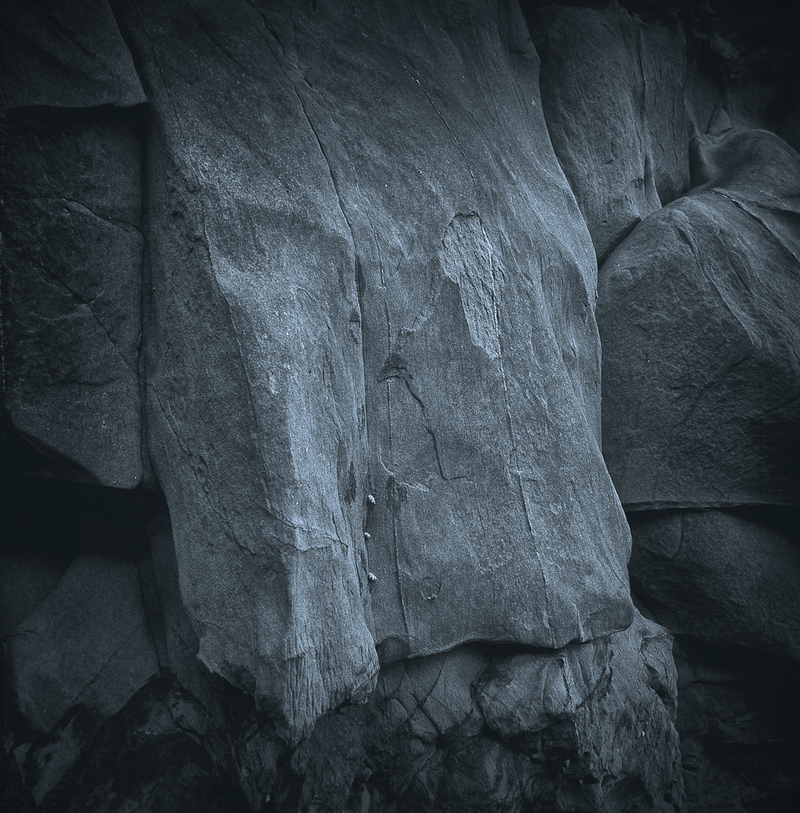 The new picturesque is controlled by the tourism industry and it functioned to reconcile people with the  seaside world around them. It markets the landscape as promising an experience of nature that is evocative, inspiring and emotionally pleasing. The promise of beauty and variety is similar to the  same kind of experience sought by the romantic travellers of the eighteenth century.

The local photographers who live and work in the Fleurieu Peninsula, and who are producing images for postcards, calendars and other promotional material,  are basically producing images of what they believe the tourists to the region imagine they want to see.  In doing so they are perpeturating the dominant visual conventions of the picturesque  constructed in the eighteenth century Britain,  and repoduced over time in Australia within the landscape tradition.

They  continue to express the pictureques convention of containing  the wild, irregular and rugged characteristics of nature within a refined and perfected form so that it could be consumed and appreciated by tourists and locals in a comfortable and controlled way. 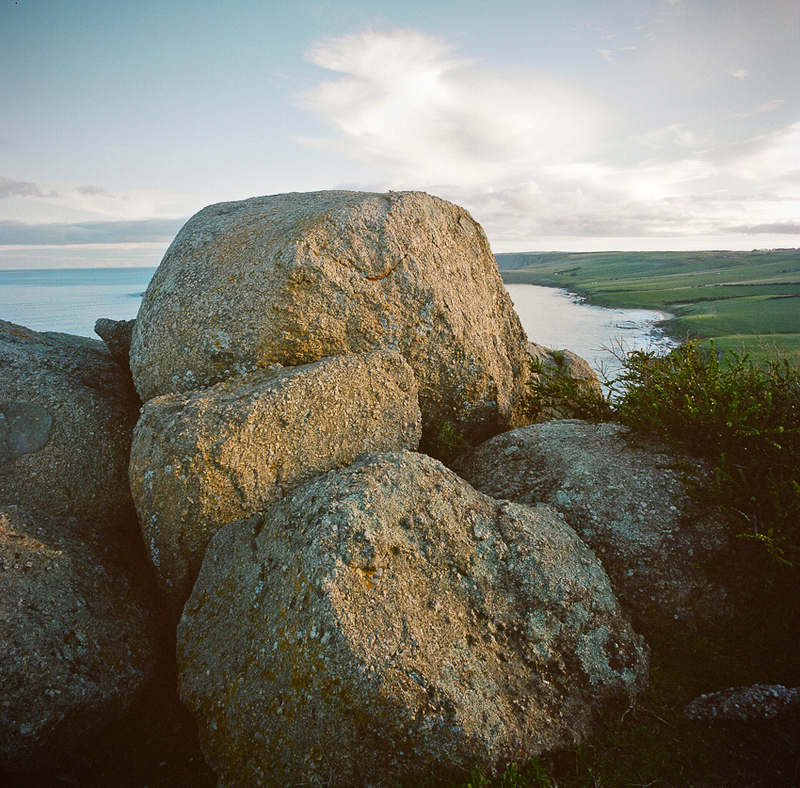 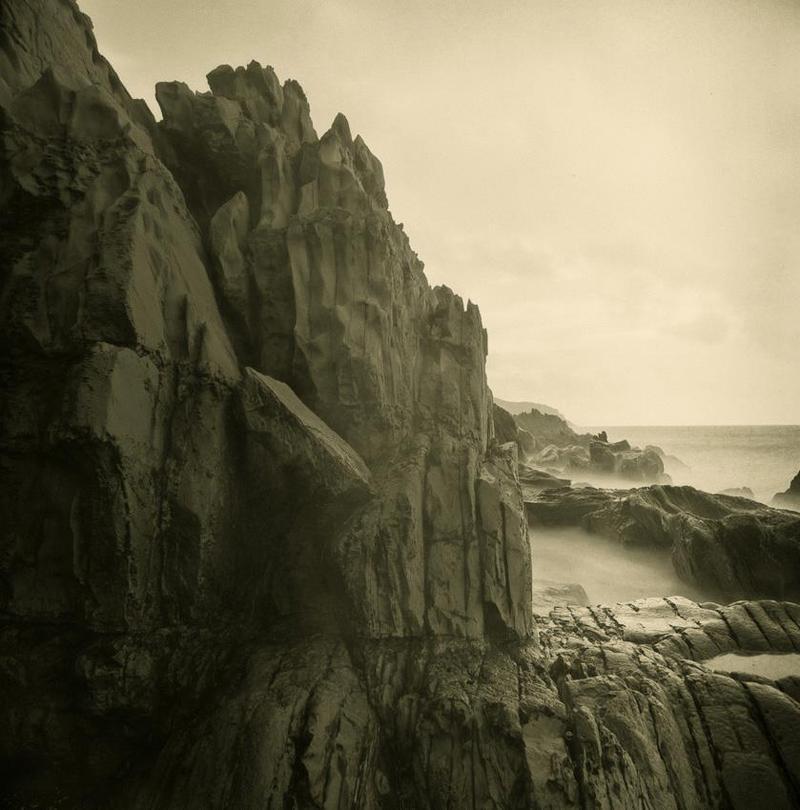